'He is not Sane' - Schurrle's retirement should force media to think before they speak, says Kirchhoff 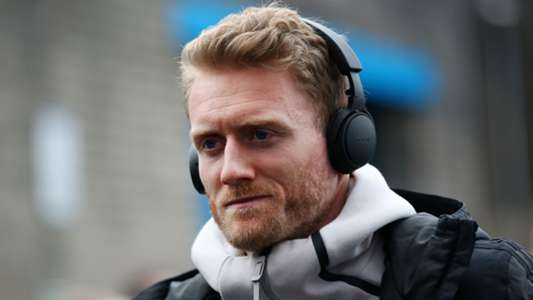 The early retirement of Andre Schurrle should force the media to rethink the expectations they force onto certain players, according to former Bayern Munich and Sunderland midfielder Jan Kirchhoff.

Schurrle surprised the world of football last week by stepping away from the professional game at the age of 29, following a successful career with Bayer Leverkusen, Chelsea, Wolfsburg and Borussia Dortmund, among others.

The high point of Schurrle's career came when he assisted Mario Gotze's winning goal for Germany in the 2014 World Cup final, but both men were released from their contracts at Dortmund following the end of the 2019-20 season amid injuries and losses of form.

Despite Schurrle's career ending on a low note, Kirchhoff thinks the ex-winger can be proud of his achievements, and that media hype following the World Cup has ultimately led to him being assessed unfairly and too much pressure being placed on his shoulders.

In his exclusive column for Goal and SPOX, Kirchhoff said: "I can understand why he has now ended his career. Andre had an incredibly good time from a sporting and finally from a financial point of view, became world champion, English champion, DFB-Pokal winner.

"When you have played at a certain level for so long, you have to ask yourself at some point whether you really still want to attack at another level at the expense of your family. I know these lines of thought only too well.

"Looking back, winning the 2014 World Cup was definitely a sticking point. It is the curse of the good deed. Andre and Mario Gotze are sitting in the same boat. The goal against Argentina has raised expectations that the two will decide each game.

"This resulting pressure, the constant headlines, this eternal 'again not good enough' is an incredibly great burden, especially for intelligent, sensitive and self-reflective people. When I read interviews with Andre or Mario, I came to the conclusion more and more that many things went wrong on a media level regarding Andre and Mario, which certainly caused frustration."

Kirchhoff, who was a team-mate of Schurrle at Mainz between 2007 and 2011, with both men coming through the Bundesliga club's youth system, believes pundits and fans expected the forward to be more like fellow Germany international Leroy Sane, with a big book of skills and tricks and the ability to beat the defender with ease.

According to Kirchhoff, now with German third-tier side KFC Uerdingen, this was never Schurrle's game, and the expectation for him to be something he wasn't led to a player who won the Champions League with Chelsea in 2012 somehow being viewed as a disappointment.

He said: "The claims about Andre were simply wrong. Andre is an outstanding team player who works hard, runs incredibly well, is good at counter-pressing, conquers balls and has a good goal record. It is no coincidence that he was valued by so many coaches and he had been on the national team for so long.

"Andre is not a one-on-one difference-making player like Leroy Sane. If you lump these two types of players together and expect Andre to do what Jadon Sancho does, for example, you will be disappointed. In this respect, Andre's decision to end his career should also prompt us to think about how such expectations arise and how to deal with people in public." 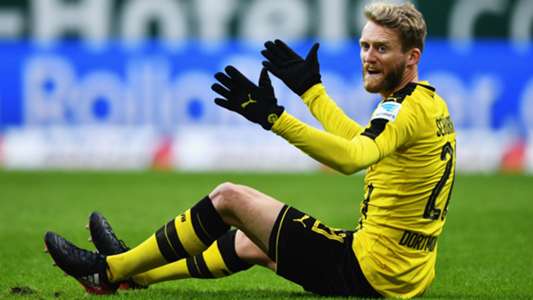 Bundesliga giants Dortmund confirmed the agreement on Wednesday, meaning the 28-year-old will spend his second successive season away from the club.

Spartak have the option to sign the former Bayer Leverkusen, Chelsea and Wolfsburg player permanently next year, with the fee reportedly set at €6million .

Schurrle broke through at Mainz before his form with Leverkusen alerted the attention of Chelsea.

Jose Mourinho made Schurrle the first signing of his second stint at the club for a reported fee of £18m in 2013.

The attacker made 44 Premier League appearances for Chelsea before returning to Germany with Wolfsburg in 2015, though things have not really worked out since a subsequent move to Dortmund a year later.

He has played in 33 Bundesliga matches for Dortmund, scoring three goals.

Schurrle's arrival will boost a Spartak side sitting 10th in the Russian Premier League after three matches.

The Muskovites will be hopeful he can make a greater contribution than the one he made last season at Cravan Cottage, where the German was unable to prevent the Cottagers sliding out of the Premier League after a dismal campaign.

Schurrle scored twice in the World Cup semi-final of 2014 as Germany crushed the hosts Brazil 7-1, notching his team's last two goals as they landed one of the great World Cup shocks. 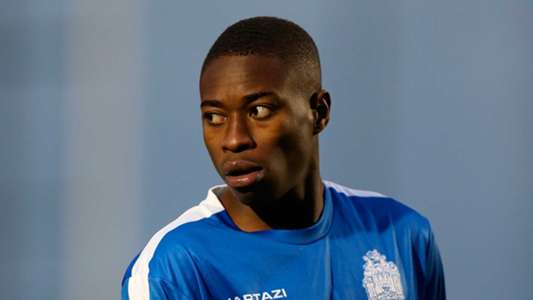 The 22-year-old scored in a 45-minute appearance for Ural in a behind-closed-doors trial against Cypriot first division side Enosis Neon Paralimni Football Club.

After John Terry turned down a contract offer with Spartak Moscow in favour of becoming assistant manager of Aston Villa, Meite would follow David Bentley in being the only Englishmen to have played in Russia.

Neil Warnock was personally involved in signing the young striker from non-league side Harrow Borough F.C in 2017 but he has made only two appearances for the Bluebirds, while also spending six months on loan at Crawley Town.

The Cardiff manager has met with Meite to discuss his future and has explained his difficulty in giving him first-team football, with the club now competing in the Premier League.

Spartak Moscow, Rostov, Saint-Etienne and Toulouse have been alerted to the availability of the striker, who is open to an overseas move to seek more playing time.

Jadon Sancho's rise at Dortmund, earning him his first caps for England, has seen calls for more English players to move abroad in search of regular football, with Eric Dier explaining that he thinks it is a good idea.

Dier, who spent time with Sporting CP at the start of his career before joining Tottenham in 2014, said: "I hope players continue to do what Jadon is doing.

"That's so important for their development. Not just as a footballer but as a man.

"He's out of his comfort zone and he's living by himself in a foreign country. Those experiences are important for you to grow as a person."

Reiss Nelson is another player to have made the decision to move abroad, with the England Under-21 international excelling in his loan spell with Hoffenheim in the Bundesliga.

With three of the Europa League group stage games in the can, Matchday Four sees the competition firing up across the continent as teams chase the chance to reach Baku next May

Rangers sit atop Group G heading into the return batch of fixtures, topping a congested quartet thanks to their head-to-head away goals advantage over La Liga outfit Villarreal.

Steven Gerrard's side therefore head to Moscow knowing that progression to the last 32 remains firmly in their own hands - and they'll be able to make a giant leap forward if they can defeat Raul Riancho's side on their home turf.

But Spartak will prove far from an easy encounter, having held the Gers to a 0-0 draw at Ibrox a fortnight ago . With striker Kyle Lafferty a doubt with a thigh injury, will the Glasgow side be able to turn their Scottish fighting spirit into a vital three points?

In the United States (US), the game will not be broadcast on television but will be available to stream on Bleacher Report Live.

In the United Kingdom (UK), the game can be watched live on BT Sport 3 and livestreamed on BT Sport Live.

Key striker Ze Luis is still out with a knock, meaning that Luiz Adriano gets the nod to lead the attack.

Rangers boss Gerrard may be without Lafferty following his absence against St Mirren with a thigh injury, potentially joining Jamie Murphy and Graham Dorrans on the sidelines.

Daniel Candeias is likely to get a run-out for the visitors ahead of a domestic suspension picked up on Saturday following his opener in his side's 2-0 win in the Scottish Premiership.

Click here to see all of bet 365's offers for the game, including goalscoring markets, correct score predictions and more.

Gerrard’s start to managerial life with Rangers might have produced more mixed domestic results than some were hoping for, with six wins from 11 in the Scottish Premiership meaning they trail both rivals Celtic and league leaders Hearts.

But in Europe, the former Liverpool midfielder and Champions League winner has raised expectations of the Gers reaching the knockout stages of a European tournament for the first time since the 2010-11 campaign.

They have had to make it through to the Europa League group round the hard way, fighting through three gruelling double-leg qualifying games and an additional play-off to reach the main competition.

But last month’s draw with Spartak Moscow has extended their European record to 11 games unbeaten and given real hope that they can achieve something on the continent this season.

Their draw at home to the Russian outfit however was a disappointment, with the club missing a clear-cut chance to get their noses out in front in Group G.

Villarreal instead sit on level terms with them at the top while Rapid Wien are breathing down their necks two points behind.

Spartak however must get the win if they are to avoid a pre-Christmas exit from Europe.

Riancho's side have been in mixed form at home and lie 12 points behind Russian Premier League leaders Zenit.

What's more, they have been unable to find a suitable replacement for the departed Quincy Promes after the Dutchman left for Sevilla following their failure to secure Champions League football.

Moscow remains an unforgiving place to visit for any European side however and Gerrard will know that he has a fight on his hands to see his side fly home with three vital points.

Scroll to the top